Prov. 14:7 “Leave the presence of a fool, or you will not discern words of knowledge.”

Who is your child keeping company with? How many hours is your child spending in front of the television? Even if you homeschool your children, you may have a major enemy that you have invited into your home and placed in a position of “honor” — your television! The daily connection to Hollywood and its worldly, ungodly influence is not appropriate for a Christian home.

When we read the Old Testament it is so hard to relate to those who practiced idol worship. We believe that we are so civilized and intelligent that we couldn’t possibly fall for something so stupid. Yet, where is your television? Is it on an “altar” set right in the middle of your living room? Does each of your children have their own idol that they “worship” in their own room?

On a recent trip when I was staying in a hotel, I woke up and opened my curtains. I could see into many windows of other hotel guests and EVERYONE had their television on! How many families have it going all day every day, morning until night? Older people are very susceptible to the addiction of television. My elderly parents had it going from morning until night. I watched my once very conservative father become more and more liberal through the onslaught of propaganda from the media.

Right from the Source

My brother was a film editor for the national news for over 20 years for one of the major networks. He assured us that ALL of what we see on the news is biased and slanted. The reporters were told beforehand what “news” they were to bring back. My brother was told to use the film footage to confirm the findings that they set out to find — liberal and politically correct.

Of course sitcoms are worse and soap operas are tragic. Cartoons are damaging your child’s morals and intellect. My father was a cartoonist for Disney back in the 1930’s and when I was 16, I colored for a cartoonist who worked for Hanna Barbera. Children’s cartoons are now written in order to change your child’s mind and heart. There is a board of directors in the studios that is set up to teach your children to accept the sinful and often perverse agenda of the media.

I learned this firsthand through the frustration of the legitimate cartoonist I worked for who attempted to sell his cartoon ideas only to have them twisted and perverted. These boards (who are the ones who decide the story line and dialogue) were made up of lesbians and homosexuals. There is a hidden and often dangerous and destructive motive in all current cartoons. Even ones that we are familiar with, that are remakes or current, are horribly biased towards sinful thoughts and behaviors.

Many of us who are opposed to sin, sex or violence on television turn on “educational” shows thinking they are not as bad. However, most of these shows speak of our world as “billions of years old” and the animals who have “evolved.” If your child is getting a steady “dose” of this poison, how long before they reject or question the Bible? Can they really separate the truth and then reject the lies? How much have you invested in their knowing and understanding the truth of the Bible?

Dr. Kent Hovind has an excellent series that your entire family should invest in and watch, but be sure to do it as a family. If you are like most parents, you got your education from the public school system and therefore, you have been taught evolution. Isn’t it about time your faith was encouraged?

In addition, some of Dr. Hovind’s material is of an adult nature — not sensual, but difficult to view. You can fast forward the pictures of the holocaust or the other gruesome pictures that show what evolution (“believing that man has evolved from an ape”) has done to the minds of evil men if you choose.

Kent is a friend of our family and is full of wisdom on many topics that Christians need to be aware of and educated in. Why not buy this as a Christmas present for your family or as the best science curriculum your children could ever have? This series should be watched over and over again. And if this is all they are able to watch, it will be!

When we purchased our first set of creation video tapes we allowed our children to watch them any time they wanted to. And because television was forbidden they watched them over and over again. As a result, they literally memorized them word for word! If your children never have any other science, they would be better off than most children. This program is heads above any other science curriculum money can buy.

What about watching Christian television, Christian videos and cartoons? Some I am totally opposed to and some seem fair. I haven’t really found any worth my children’s time, however. I am opposed to those that spend a lot of time “featuring” a sinful person with sinful or prideful behavior who later turns to good at the very end. Nor am I interested in allowing my children to spend their time watching nonsense. The Sesame Street/Barney type shows that “dumb-down” have done so much damage to our children. Read older books and nursery rhymes to see what our grandparents read. Is it any wonder that our grandparents’ eighth grade education far exceeded what our college graduates now attain?

Reading classics to your children will help to feed their little minds. Don’t buy the books that are revised. It may take time to learn to understand the classics, but after just a short time, your children will catch on. Then they will not be satisfied with the nonsense of the “dumb-down” books that they are feeding the children of today. And as an added bonus, classics are filled with morals and deep thinking. As they exercise our minds they feed our souls.

If your family is hooked on or dependent on television or videos, I would challenge you to begin to fervently pray for the Lord to deliver your family from it. Prayer will do MUCH MORE than any hounding you direct at your children or bombard your husband with. Pray specifically that you can first disconnect from cable or your satellite dish. Then pray that you detach yourselves from the airwaves entirely. If you still want to use your set for movies or educational videos, pray about putting your set in a “lower” place of importance. I prayed that my husband would buy an armoire or cabinet that would close that “evil eye” away.

We have been “television free” for twelve years. We have on occasion seen television in a hotel room while on vacation. We are usually horrified by what is on. Like others, we turned on the “safe” animal shows only to have our children begin to mock the dialogue about “billions of years” or other evolutionary lingo and ask us to “please, turn it off.”

Reading for interest and pleasure:

Geo Safari
Where in the World is Carmen Sandiego?

Character Sketches -  iblp.org; $39 each or all three for $105
Kent Hovind Creation Science - drdino.com

Note:  After class exchange or give away your unwanted or unused curriculum. 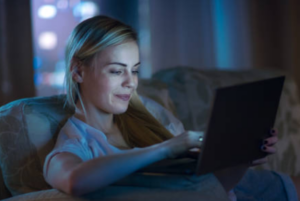 “She rises while it is yet night…” Proverbs 31:15
Journal