After reading today’s lesson, Counseling & Psychology, I wanted to submit a PR about how the Lord saved me from the dangers of counseling and medication. I sincerely pray my testimony will help another hurting woman.

This all happened four years ago as I was granted a scholarship and went abroad to study. About one month after my arrival in that country, I started suffering from severe insomnia. I could spend several nights in a row without sleeping. It was horrible because I was feeling sleepy only around 5 a.m. when I supposed to get ready for the university. It seems surreal even to me today but I remember that I spent a period of two weeks without being able to sleep at all at night. And I had to attend the classes, to study, to do some research, work on my assignments, prepare for my exams and write a Master’s thesis.

So I consulted a doctor who told me that he could not prescribe me sleeping tablets because I was too young for it and he sent me to a psychiatrist instead. The conclusions of the psychiatrist at the end of this meeting were that I was missing my country and my family. And also that I was too stressed by the fear of failure and disappointing my family. I was not convinced by what he was saying and I decided not to meet him anymore. I also remember that I told to God that I would not go back to the psychiatrist because I knew that I was not crazy and that I did not suffer from a mental disorder as he’d said. I told Him that it was He who had led my steps to this country and that if He allowed me to suffer from insomnia and even to die from it, I would accept His will. I had always thought it was my rebellious spirit that had driven me to make this radical decision, but I realize after reading this lesson that it was God who was protecting me!

Things would have ended well if I had totally surrendered, but my suffering was stronger than my faith. So I committed spiritual adultery. The advice I received from people was useless and some were totally crazy (someone told me it was my “singleness” that was the problem and advised me to have a sexual partner to sleep better!). In despair, I confided in my supervisor. I had the impression that she understood me at one point but then, I learned the hard way that I should not seek advice and compassion from a human being. While I was writing my Master thesis (which she was supervising), she sent an email to tell me that after thinking about what I’d shared, she had concluded that I was unfit for doctoral studies and that I had to think seriously of returning to my country after the conclusion of my thesis. I was trying hard to hold on and not let myself down, I did not need to hear those words coming from the mouth of someone I had trusted!

I consulted another doctor who first prescribed sleeping pills, which had no effect, so I went back to see her and this time she prescribed stronger sleeping tablets. She told me that with those I was “obliged to sleep”. I took the tablets one time and not only did not sleep that night, but I really thought I was going to die— that’s how badly I was feeling. After this episode, I gave up completely about going to and speaking to doctors about it and I began to pray with the help of my family. I still had a few nights of sleeplessness, but it was no longer with the same severity. Thanks to prayer and because I completely surrendered, the last months I spent in that country were less difficult. I was able to complete the writing of my Master’s thesis, to defend it and return to my country without losing my mind :))

Thank you again, my God, for saving my life. I knew it was Your grace that saved me, but I understand even better today how much You have protected me. You prevented me from being deceived by the lies of a psychiatrist and you protected me from addiction to drugs that would have made me sicker. And more importantly, You taught me to rely solely on you.

God is a safe place to hide,

ready to help when we need him.

We stand fearless at the cliff-edge of doom,

courageous in seastorm and earthquake,

Before the rush and roar of oceans,

the tremors that shift mountains.

Jacob-wrestling God fights for us, 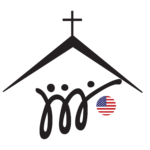 “A Church without Walls”

Restoration Fellowship is moving to a new site, and along with this move comes exciting new weekly messages currently being written. But first, our HH led us to go through the first series again—a series of short Living Lessons many of us had been longing to read again.

Whether you are a Fellowship member or would just like to visit and come away encouraged, we hope you enjoy this Wednesday’s Weekly Living Lesson—posting each and every Wednesday.

*If you missed last week’s post, we’d suggest starting at Week 1 and give yourself a full week, allowing Him to drench you in the dew of its truth. 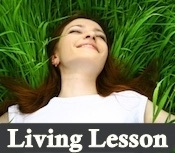 “The Lord is my Shepherd, I shall not want.
He makes me lie down in green pastures;
He leads me beside quiet waters.
He restores my soul.”
—Psalm 23: 1-3