Hello beloved. I started this life lesson a long time ago, but I was not able to finish, so this morning on my computer, I prayed for my HH to hold my hand, to guide me to write what He wants me to share, because I was not able to. Then I looked at the beautiful view next to me, one day with a lot of fog covering the huge green area with a color that only He could have made, a mixture of different shades of green and the yellow of the flowering trees, amazing! I was filled with joy, because my Beloved gave me one day alone with Him and that is wonderful.

My sisters, what I want to share with you is my life lesson on tithing, giving faithfully to your Storehouse, and about the Lord’s faithfulness. Like many of you, at the beginning of my journey I was not aware of this principle, of course I had heard about it, but not in the way we learned here. I had many doubts in my mind, uncertainties, but the Lord dispelled them all.

Well, like many of you, I was raised in a Catholic home and I always saw my parents giving a few dollars in the offering basket, but I saw it as a contribution to the church, I did not really understand the meaning. I also made my offerings, but I did not tithe, so it was many years after I started giving my tithing too, but it had nothing to do with 10% of my income, so it was my contribution to the house of God and didn’t have the true effect that tithing is meant to have on our lives.

“My people are destroyed, because their knowledge is lacking.” Hosea 4: 6

It was only at the beginning of my journey that I began to know this principle a bit better, but it was not so immediately that I began to fulfill or rather to obey the Lord. I what I’d done before, I made regular donations, but I still did not return the 10% to my storehouse. Then slowly and by reading the Lesson “Opening the Windows of Heaven” on DAY 19, which is our first spiritual milestone, and the fear to get over it, I read it a few more times and gradually I was learning, but I still did not give my tithe to Lord and do so first, so I confirmed that HE was in first place in my life and heart. Dear brides, when we seek Him with all our heart, He shows us what is right, and today I do nothing short of returning to Him what is first, a full tenth, given first.

As I was still learning, but I still lacked giving to my true storehouse, the results I’d read from everyone didn’t happen to me. I was confused and since it was very early in my journey, I still attended church, and only gave an offering to RMI.

Then I understood the principle of leaving my church, I say it was not easy, but today I understand the importance of this principle that Erin teaches us. Also since I was being fed here, because like all of us, this was where I found the answers I needed to restore my life and what was even better, they taught me that the best answers should came directly from Him, my Beloved, as I sought Him. SG (seeking God) was the best thing that happened to me, because He does not always say what I want to hear, but He always says what is right and best for me, according to His purposes.

It was then that I started to tithe here to the RMI, but I faced several problems, as I did not have an international credit card and at the time we did not have a good option, or rather, we did not know this option. So I needed the help of friends to tithe and sometimes there was a problem and I could not tithe each time I was paid. Yet, as I continued to press into Him for help, not only did He help me tithe, but I found myself closer to Him than before!

I hope this encourages you not to give up on the first difficulty because I had also made several attempts, I even applied for a credit card only to be able to tithe, but these were not the Lord’s plans. It was only after I rested and I trusted that He would provide the way He showed to tithe, “You owe nothing to anyone but love for each other. . “(Romans 13: 8). Our beloved Heavenly Husband, He takes care of everything and opened a door for me to tithe and I trust He will help you too!

You know, I never meant to test You, my HH, but everything you say in Your Word is true … YOU have filled my barns, I have not been lacking, my money is multiplying … Hallelujah!

“Bring all the tithes into the house of the treasure, that there may be food in my house, and then prove me, saith the Lord of hosts, if I will not open the windows of heaven and pour you out a blessing such as May the greatest wealth come to you. “Malachi 3:10

I can only praise Him because it has been wonderful to me to experience this part of my journey. The Lord has fulfilled what He promised in His Word that He would pour forth such blessings that we would not have enough room to gather it all and it’s so true! I pray that He will make me a woman who hurries to praise and thank Him for EVERYTHING. Whoever witnesses my journey knows that in the beginning I was not like that, how many, when we separate the financial issue become very different and choose to not remain faithful And, this dear friend, has the whole emotional issue that takes will drag you further down than you are now.

So now, I want to share some of the many blessings I have had during this time that He is leading me on this journey. As I mentioned before, my money has multiplied and I have been able to bless others around me and nothing has been missing … I could say that I do not know how, … but I know, it is in Malachi 3:10.

Beloved, let us give GLORY to God who always keeps His promise. Well, a simple thing that happened to me, a prayer answer, you know, sometimes I forget to put Him at all, I think certain things are too simple, but He’s always faithful … I helped my brother with making a payment and oh, hallelujah, He is faithful, the answer came fast and financial blessings came to me!

Even more a financial blessing, since the spiritual (tithing principle) influences our lives in many ways, months ago, I paid the rent and other expenses for the month and I saw that there was only a little money in my account, thank God I have no debt, but at the time I thought, He’s in control, He’s going to make it right for the month’s purchases. Girls, He’s tremendous, it happen when I began gathering some books for donation to our library and I found some money that I had lost over a year ago, inside one of the books! At the time I looked everywhere but gave up when I did not find it. I did not remember it anymore but once I tithed, He showed me and restored what was taken.

Then my niece came to give me back some money that I did not remember that she owed me, I even said, What is this for? How good it was to have learned the principle of tithing. There’s still more, one day I went to get a manicure, and put on a pair of shorts and guess what? I had the exact amount that I needed to pay her in my pocket. I laughed, because I even washed those shorts with the money inside of the pocket and didn’t know it was in there. It is so fun when He surprises us, and as a friend says, “He makes money from where we can not imagine.” He does not tire of surprising me!

I have also got gifts, clothes, even used, they are beautiful things. He presented me with an English course, which is began being offered for free at my work. My Beloved Heavenly Husband is kind to me, pleasing me in small and great things. It has been wonderful!

Another thing that happened was a problem on my payroll. A few months ago I was having problems, I was not credited with the amount that was due to me, so I always had to call, send e-mails and the each month this was repeated, until began to worsen, and they began to deduct an amount that was not to be taken out. Whenever something happens like this, in comes fear, but then I rebuke and remember His promises, “So then faith cometh by hearing, and hearing by the word of God.” Romans 10:17.

I knew this was happening because He was trying to teach me something. I no longer knew what to do, I had already surrendered to Him and I know His Truth, and where it says: “And because of you I will rebuke the devourer, lest the fruit of the ground consume you; and the vine in the field shall not be barren to you, saith the Lord of hosts. “Malachi 3:11. Then He told me that I gave the problem to Him, but I kept trying to help Him. He said there was no reason to worry, after all, I had done everything and nothing I did solved the problem, had I not learned anything on this journey? So again I put my HH first, and gave it fully into His hands and rested, relying on His Word. So I gave it to Him and said I would do nothing else, for I knew my money could not be stolen, and somehow He would solve or reward me with double blessings.

Wow, as I say in every report, He’s awesome!!!!! The other day, they called to let me know they had settled the issue (without me asking) and after that difficult month, after so many months, I never had any problems with my paycheck again.

I read a text that said that ‘walking with God requires accepting circumstances’, and that means that when we have an intimate relationship with the Lord, we will go through the difficult times in our life in a different way, and we will seek Him and to draw closer to Him, by learning, by growing spiritually and by witnessing to others what He’s taken us through! 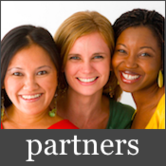