Cora, how did your restoration actually begin?

My husband left home one morning. He woke up, took a shower, and called me into the living room to talk. He said he wanted to split up. I was angry, so I agreed it was best. I was sad and only asked that he wait until it was dark to move his things, so no one would see him leave home with a suitcase—most of all, so our daughter didn't see him leave.

He spent the Saturday at home, then after our daughter went to sleep, we talked a little more, and then he just left and went to stay at his mother's house. He claimed that he was unhappy, just could not stand the drudgery of our marriage, that he felt nothing for me anymore and that he had nothing left to give me but his friendship. He said he wanted his life back. I was devastated, because, even though the marriage was not great and I agreed it was always filled with stress, I just figured it was part of being married. Even though he had already spoken about separation at least twice before, each of the other times we talked and tried to make it work, but nothing ever changed.

How did God change your situation, Cora, as you sought Him wholeheartedly?

A few days passed, and I felt miserable. I came back crying after service, and I thought I'd look into seeing a psychologist, until one night that changed everything. The pain began to hurt in my heart; the separation became unbearable, then I realized it was God touching me, breaking my heart. My marriage, my family, was shattered, and I could not see any solution to my problems. My husband did not want to see me anymore and was very determined to remain separated, even asking for the documents and looking for a lawyer to file the divorce. At that time, my mother-in-law called me and asked if there really was nothing else to save. She told me she watched many testimonies of restored marriages on religious channels. From there, I started searching the internet, but I did not think much would come of it. Until one day, I found you. Finally, there was hope.

What principles, from God's Word (or through our resources), Cora, did the Lord teach you during this trial?

God began to break me, the more I read after coming here. He showed how hard I was in my heart. He showed me what a Contentious and feminist woman I'd become, always wanting equality, and I did not know that God designed a wife to be submissive to her husband. All my life I'd been in church, but not once did I ever hear this being taught by anyone. I lived like everyone in the world.

What were the most difficult times that God helped you through, Cora?

The hardest times were always the weekends, thinking about what he was doing. Even though he did not leave me for another woman, I knew he was living the life of a "single" going out with friends, which hurt me.

Cora, what was the “turning point” of your restoration?

The turning point was when I gave my life to God fully. Seeking Him always to guide me, reading His Words like His love letters to me--my map to life. I always had a Bible in my home, but I never once read it. I'd even considered throwing it away a couple of times because it was very dusty. Yet, when I began to focus on the Lord, on finding my HH and believing His promises to me, I soon forgot how difficult my restoration journey was. Instead, it became pleasant, and I knew I'd be fine.

Tell us HOW it happened, Cora? Did your husband just walk in the front door? Cora, did you suspect or could you tell you were close to being restored?

I did not suspect that I was anywhere close to restoration, because, all along, for those five months of separation, he'd come by to visit our daughter, and he always left making it a point to let me know he had no plans of ever returning.

The day before it happened, he had been saying how well and happy he was, how he loved his new life. But on this day, he asked if I ever missed him, if I still had any feelings for him, and he told me that even with all his new friends, he felt very alone. It was God turning his heart, just as He said He would do. That day, he brought his things back from his mother's house and began sleeping at home. On the third day home, I read in "?"Are you Ready for Restoration"? that the restoration is often like this and that, though it may not have "felt" like we were restored, God had restored us. Because he did not arrive home as I imagined and the situation became more difficult, I wasn't sure, but I began writing out my testimony.

Just before I was about to submit it, things took a real turn for the better. My husband became kinder, more affection and even tried on several occasions to tell me how sorry He was. I believe that this is still just the beginning and that my HH just wants to be sure I am His and His alone. Once I prove that to Him, He will fulfill the desires of my heart, and we will be the family I believe God meant us to be.

Would you recommend any of our resources in particular that helped you, Cora?

How God Can and Will Restore Your Marriage

Would you be interested in helping encourage other women, Cora?

Either way, Cora, what kind of encouragement would you like to leave women with, in conclusion?

Put everything in God's capable Hands, and leave it there. Believe me, God can do it. Have Faith. And watch all He wants to do for you.

Want MORE Restored Marriage Testimonies? There are 41 testimonies to read in WOTT5, 35 in WOTT6  and another 31 in WOTT7 for even MORE encouragement. 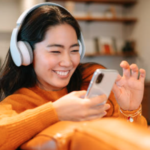