“They looked to Him and were RADIANT, and their faces will never be ashamed”—Psalm 34:5
“Strength and dignity are her clothing and she smiles at the future”—Proverbs 31:25
“You’ll get a brand-new name straight from the mouth of God"—Isaiah 62:2

Your life has already changed, hasn't it? First YOU found Hope at Last and then you began your Restoration Journey—which is now clearing an even smoother path for the hurting women you meet to follow along their own Restoration Journey.

Why a Brand New Name?

Having a Brand-New Name from God will allow you to "minister" to others more discreetly, while also being fully transparent in your praise reports and journals—and also when you have your own Ministry!  It's one reason why our ministers don't show their faces, but instead, using “she smiles at the future” RADIANT profile picture to go along with their BNN— that has afforded them complete transparency and discretion.

Definition of "minister" is a VERB or an Action that means: tend to, care for, take care of, look after, attend to, see to, help, assist.

So again, the reason He led each of us through the valley of the shadow of death, which began our Restoration Journey, and why He allowed this crisis in our lives, was in order for us to minister to (help) and reach out to other hurting women—giving them hope— Hope At Last!

And to help, like our ministers, you too need to remain discreet and begin using His BNN to protect your family and others who are part of your testimony. How do you know what it is, what is the process?

Isaiah 54:4-6 “‘For your Creator will be your new Husband; the Lord of Heaven’s Armies is his name! He is your Redeemer, the Holy One of Israel, the God of all the earth. For the Lord has called you back from your grief— as though you were a young wife abandoned by her husband,’ says your God.”

First, you need to understand that He has called you to remove your grief, then with your new Husband, you as His bride, together the two of you can minister to other women, who like yourself, have been abandoned and are grieving without hope.

Did you know that part of what God does when He's about to change you is He gives you a NEW NAME?

Very often women who are transformed begin calling themselves something new without giving it a second thought Proverbs 16:9, “The mind of man plans his way but the Lord directs his steps.” "People do their best making plans for their lives, but the Eternal guides each step."

One of our favorite examples is the woman who had been a dancer at a gentleman's club, she had planned to get an abortion (for a late term pregnancy), but then met a minister from RMI. Instead, she got saved and immediately after someone called her "Frankie" when she corrected them by saying, "I go by Frances." It was her given name, which the Lord led her back to use because she was no longer in rebellion.

We know that our HH is called by many names, “For your Husband is your Maker, Whose name is the Lord of hosts; And your Redeemer is the Holy One of Israel, Who is called the God of all the earth." Isaiah 61:8 Six names in this one verse.

John 21:6 NIV—
“He said, ‘Throw your net on the right side of the boat and you will find some.’ When they did, they were unable to haul the net in because of the large number of fish.”

Mark 16:15 NLT
“And then He told them, ‘Go into all the world and preach the Good News to everyone.’”
GWT Then Jesus said to them, "So wherever you go in the world, tell everyone the Good News."

For the past few years, as He says, He has proclaimed to us new things during the Fall season. Each year the Lord has given our ministry a verse giving us a glimpse into the coming year. In 2017 it was BNN a “Brand New Name.”

Isaiah 62—
“You’ll get a brand-new name straight from the mouth of God. You’ll be a stunning crown in the palm of God’s hand, a jeweled gold cup held high in the hand of your God. No more will anyone call you Rejected, and your country will no more be called Ruined.

You’ll be called Hephzibah (My Delight), and your land Beulah (Married), Because God delights in you and your land will be like a wedding celebration. For as a young man marries his virgin bride, so your Builder marries you, And as a bridegroom is happy in his bride, so your Husband is happy with you.”

Remember Sarai Abram's wife and Isaac's mother? Her given name means “princess” but then at the appointed time God gave her the name Sarah that means “MY princess” and blessed her in Genesis 17:15

Likewise, Abram meaning father was changed to Abraham when it was revealed he would be the father of the Hebrew nation. Genesis 17:5. God declared his new name: "Abraham" – "a father of many nations."

This means that if your given name is Marah, Mara, Maura, Moira, which is found in the book of Exodus and means "bitter”—the new name He gives you might be Dulcie that means sweet or Deborah that means sweet and diligent.

If your given name has an encouraging meaning, the new name He gives you could simply be another name that has the same meaning—we will simply trust Him to LEAD us, not leaning but acknowledging He is speaking to us about what is to come for you—and what we share that with you in your BNN form.

Psalm 23: 1-3— “The Lord is my Shepherd, I shall not want. He makes me lie down in green pastures; HE LEADS ME beside quiet waters. He restores my soul.”

Proverbs 3:5–6— “Trust in the Lord with all your heart and do not lean on your own understanding. In all your ways acknowledge Him, and He will make your paths straight.”

How do I discover my Brand New Name?

When you submit your BNN "Brand New Name" form, we will ask God the name He wants to give you, a first and also a Biblical Last Name or Surname that will allow you to set up a ministry Gmail and social media accounts.

To discover your Biblical Last Name or Surname, which will allow you to set up a ministry Gmail and social media accounts, we ask in the BNN form to list 2-3 persons in the bible you most identify with. For example, if you are like the Apostle Peter, by jumping out of the boat when you hear Him calling your name, we might use the last or surname Petersen.

So stop right now and begin to speak to Him about the people who you most admire and to think of 2-3 names for us to help you select your Biblical Surname.

Once you receive our reply to your form, be SURE that at the top of each form or journal, you always use your REAL name:

It's normally at the bottom of the forms (see below)
when you SIGN your forms using your BNN and where you live,
what state or country if you live outside the US.

On our forms and journals, we never ask for a Biblical Surname,
which you'll need to set up a Gmail and other Social Media platforms,
not to sign your forms or journals.

CLICK HERE for just a BNN completing this shorter form.
*If you are starting your own ministry see the form below.

Proverbs 31:25— “Strength and dignity are her clothing and she smiles at the future.”

Take a DISCREET RADIANT
"Looking up at Him—Smiling at the Future"
PROFILE PICTURE!

Have you noticed that our Ministers don't show a front-facing picture? Or often, you'll see them pictured wearing large sunglasses, like on our Instagram? This is in order to remain discreet and remain focusing on Him.
Psalm 34:5, “They looked to Him and were RADIANT, and their faces will never be ashamed.”

When women first come to us and fill out their Marriage Evaluation Questionnaire, where we ask for a profile picture, very often they send one of them with their husband. We also almost always notice that often their email profile picture is of them and their husbands.

As soon as we can, without increasing their pain, we encourage them to show their husbands that they’ve let go so the husband doesn’t continue to try to get away from them, in addition, if there IS an OW, keeping a profile picture of the two of you will cause the OW to often post more picture of herself with your EH to prove she’s got him now.

If there is a body of water nearby or close enough to drive to, ask your HH about taking a drive with Him—allowing Him to plan your entire day. He’s wonderful as a Husband because He also knows and can even change the weather, giving you a peek of sunshine when you’re snapping your pictures.

If you can't go out anywhere, don't let that stop you. Look at the RADIANT pictures only 2 are by water.

Again, notice how our ministers always take advantage of water and show a side view, looking up, smiling at Him and their future?

If there isn’t a body of water, consider a field or mountains—any expands of His creation.

Here’s how to take a shot on your own:

a. What you want to see is just your head below your chin with just a little bit of the background.

b. Repeat until it looks right.

5. Then just turn your head and look up slightly.

6. Look at your picture to make sure you can see a slight profile.

7. Once you have enough pictures to choose from, choose your favorite—you're now ready to fill out the BNN—to discover your Brand-New Name!!!

Take the next step towards Becoming a Bridge Builder and your own Ministry:

Psalm 23: 1-3—
“The Lord is my Shepherd, I shall not want.
He makes me lie down in green pastures;
HE LEADS ME beside quiet waters. He restores my soul.” 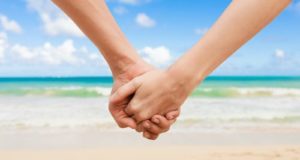 Step 1 BNN Discover your "Brand New Name" AND "Own Ministry"
**Be sure you have your new Proverbs 31 "Smiling to the Future" ready. If you just want a BNN CLICK HERE to complete this shorter form.
Step 2 Find out how to take a RADIANT Picture.
Step 3 Submit the Form BNN form (must include your Step 2 RADIANT picture attached).
Step 4 Set up a new ministry Gmail account (using the prior 3 steps).
Step 5 Set up the 5 Social Media Ministry Platforms (after following the above steps).
Translate »