♕ Today's Promise: "O Lord, my inheritance and my cup, You yourself perpetuate what fate assigned me. The measuring lines fell to me in sweet streams, yea, my inheritance is pleasing to me." Psalm 16:5-6

different times to choose from!

~ Kristine in the Netherlands

Dear Brides, as I said, I would like to continue to share my praise report with you.

It was my own question what He was confirming to me whether the other woman was still in his life. After one of my kids commented "yes now he (former man) is alone", at that point I noticed that something had changed where others around me were aware of. But because I'm used to not asking questions of anyone, I did not know a thing.

His shield had captured me, His love. I didn't immediately realize that something had changed. Two weeks ago, I received an invitation from a relative who has been with me since the beginning of the end of my marriage. However, this invitation is not without obligation. I had to come, because without me the family is not complete. She has supported me on many occasions during my restoration journey. However, I never told her clearly about the hope I found here at Hopeatlast.com. Or about the fact that I believe that nothing is impossible with God. It turns out my former husband will be there too with the kids.

Which doesn't oblige me to go. It is a children's party. He, my former husband would take them. So I was still thinking about whether it's okay to go. But I definitely wanted to wait for confirmation from my HM (Heavenly Man). My Lord has always been my ePartner. After all, he knows my future and what is best for me. And when it is His will and time, He will turn my former husband's heart back to me. And as I said, there have been several moments in the past few months, as I think back, that indicate that things are changing. My former husband contacted me more. Called me to talk about the kids and other things. Of which I started to think why the contact was becoming so intensive.

And then this relative who told me that she so desperately wanted my ex-husband and I to get back together. Strange for me because she herself is married as my cousin's second wife. But she also told me that I was young when I got married and maybe not with the right person. And above all these things. She has met the other woman. But also for her my Lord has protected me. She never asked me about the other woman. Only my mother He has allowed her to share her feelings with me about meeting the other woman. In another praise report I shared with you, what a blessing this has been for me. Know this brides, our Lord only allows things for our good and to draw us closer to Him. And that certainly happened for me.

His Word is the truth and the Lord can use anything, people or things to tell you something. Everything you hear you have read before in His Word. He can use anyone to guide you in your life. You just need to know His Word and follow His voice. So I went back into my closet and asked if He could tell me if the other woman was still in his life. A few days later, my former husband called again to ask if it was okay to pick up the children to buy Mother's Day gifts. He had also done this last year so it was not so strange. We hung up. A minute later, he calls back to say that the other woman is no longer in his life. That it had been over for some time, but he kept forgetting to tell me.

And this time too, when he hung up the first time. He called back because he didn't want me to hear it from anyone else or the kids. But my Lord had already told me

And through HIM ALONE it was possible for me not to ask questions and to thank my former husband for telling me. This respect my former husband shows comes only from Him. He also owes all the credit for improving communication between us. In the last part, part 3 I will share with you my praise of His Mercy for me and the other woman.

"O Lord, my inheritance and my cup, You yourself perpetuate what fate assigned me. The measuring lines fell to me in sweet streams, yea, my inheritance is pleasing to me." Psalm 16:5-6

All of Psalm 16 is wonderful to me. And definitely worth meditating on.

My Beloved is the only one I want. He's done a lot of great things already and there's sure to be more to come. 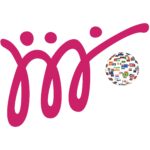