♕Today's Promise: “First remove the beam from your eye, and then you will be able to see clearly to remove the speck from your brother's eye.” Matthew 7:5 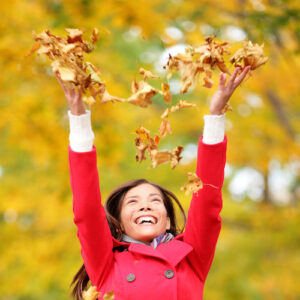 Maite, how did your Restoration Journey actually begin?

It all started when I was 17 years old. I met my husband at church when we were both young, and while we were dating we had sex. My mom found out and together with my dad they encouraged me to get married. At the time, we were married out of obligation. It was horrible! The first year of marriage was one of many fights, sorrows and disappointments. The second year, I discovered my husband was cheating on me so I decided to do the same. I was unable to forgive him or me after that! In doing the same, being unfaithful and because I couldn’t forgive, my life went from bad to worse.

Six years passed, and in the seventh and our marriage was full of problems. I was a terrible wife. I was contentious, quarrelsome, proud, jealous, possessive. During fights I always told my husband to get out. After he’d go I’d sent messages on his whatsapp humiliating him. I was so miserable and unhappy! And worst of all, I thought I was a super Christian and would not admit that this was happening to me. It wasn't fair! (I thought to myself). How hypocritical! “First remove the beam from your eye, and then you will be able to see clearly to remove the speck from your brother's eye.” Matthew 7: 5. Many pastors and my own family and even I thought I had married the wrong person and advised me to find someone new. Can you imagine?!? What I needed was to be different, not find someone different so I kept repeating the cycle!

How did God change your situation, Maite, as you sought Him wholeheartedly?

Well, I found RMI a few years ago. I took the first course but I didn't take it too seriously. But even then some things changed for the better in me. But I did everything wrong again and my marriage was worse than before. So when I couldn't take it anymore, I fought with my husband, I sent him several messages by cell phone and in the end I threw him out of the house. That night when my husband came home from work, I was already asleep. But before that I prayed to God saying “I can’t take it anymore, God, You need to do whatever is necessary to change my marriage.”

That day my husband left and didn’t come back. I couldn’t understand. How could my husband leave if I had prayed for God to change my situation? Because, at that time, I didn't understand that this was exactly what God used to transform us. This time too, when my husband left, he said he didn't want to talk to me and to just go ahead and file for divorce (like I always threatened) and my mom told me to go ahead, do it.

When that happened, I ran to RMI, started reading the book "How God can and will restore your marriage!" And began the courses that same day too. Glory to God! I found hope! Believe me, my marriage was dead. Over! My husband did not want to talk to me, we went for more than a month without speaking. It was horrible! He told my father that he didn't like me and in fact he didn't even know how he felt about me, that he was disgusted even when he heard my voice. I was devastated hearing that from my own father!  There were many trials, many OWs. But God was faithful! I started to seek God and apply the principles I had learned that God was working for me silently without me ever knowing He was!

What principles, from God's Word (or through our resources), Maite, did the Lord teach you during this trial?

Let it go. Not just Let Go. The Let Go principle was very important and that’s when I really began seeing changes. When I tried to talk to my husband or to get in his way, he always stayed away from me. But when I let him go, just as Erin said, he began chasing after me. Tithing to your storehouse is huge for restoration. Fasting and praying of course. And to praise God for everything good or bad!

What were the most difficult times that God helped you through, Maite?

When my husband ignored me. We rode the same bus to go to work. He didn't sit next to me, but instead he’d sit with OW and then the enemy planted several lies to my mind. There was a day that I couldn't stand anymore and I was going to give up, I was ready to call him and say “Okay, guess what? I am going to file for divorce!” But I prayed to God and He asked me to wait. The very next day my husband spoke to me again and was very kind and I realized God had turned his heart so the enemy had to mess with me. Beloved, urgency is always the cunning scheme of the enemy. God is patient!

Maite, what was the “turning point” of your restoration?

The turning point was when I gave everything to my Beloved. I no longer even cared if my marriage was going to be restored and most days I did not want restoration. I even prayed that I wouldn't be restored, because I had such peace, I had the love of my Husband. Believe me I was happy with my Beloved! But His plans are better than mine, my marriage is better than before. I've never been happier in my life. My husband said he realized he loved me and asked for forgiveness. God surprised me! My husband would never do that if it weren't for God. Never!

Tell us HOW it happened, Maite? Did your husband just walk in the front door? Maite, did you suspect or could you tell you were close to being restored?

Yes, I could tell because I no longer wanted my marriage restored. It happened when he sent me a message wishing me a Happy Mother's Day. I hadn’t been answering his texts, but I could tell my HH wanted me to reply. So I answered it as gently as I had learned in my lessons. Then he asked me if we could just talk, and the next day he returned home. It was all so sudden, I didn't expect anything, really. And also just as Erin says will happen, earlier in that same week the trials kept increasing, I seriously thought I might as well give up, another sign you’re close.

So, please, dear bride, stand firm and watch God give you the restoration He promised. Trust me, the enemy will do anything and everything to steal your miracle. I tried fighting against myself early in my journey, because I wanted to call him and say I was going to file for divorce, give into my emotions. But I instead started to praise Him and suddenly God changed the situation.

Would you recommend any of our resources in particular that helped you, Maite?

Yes. How God can and will restore your marriage was essential. Each of the courses, the videos, the Word of God! The praise reports, restored testimonies and especially my 3x5 cards were extremely important.

Would you be interested in helping encourage other women, Maite?

Either way, Maite, what kind of encouragement would you like to leave women with, in conclusion?

Everyone told me to give up and thought I was crazy to continue. Several times I thought about giving up. But God was working for me without ever knowing. Pray, fast, praise and be quiet. These four things were very important to me. Pray for your enemies! Be patient, the urgency is usually the enemy’s cunning ways. Your miracle will arrive, just as mine did. I didn't expect it, my marriage was dead, but by the blood of my Beloved Savior it was made alive. Glory God! Does your situation look impossible? Because “with God nothing is impossible.” Luke 1:37. God bless you!

Find more encouragement and overcome the hurdle of #Gentle & Quiet Spirit, #Contentious Woman, #Letting Go and #WWW "won without a word"   by clicking on the #TAG linked to Restored Marriage Testimonies.